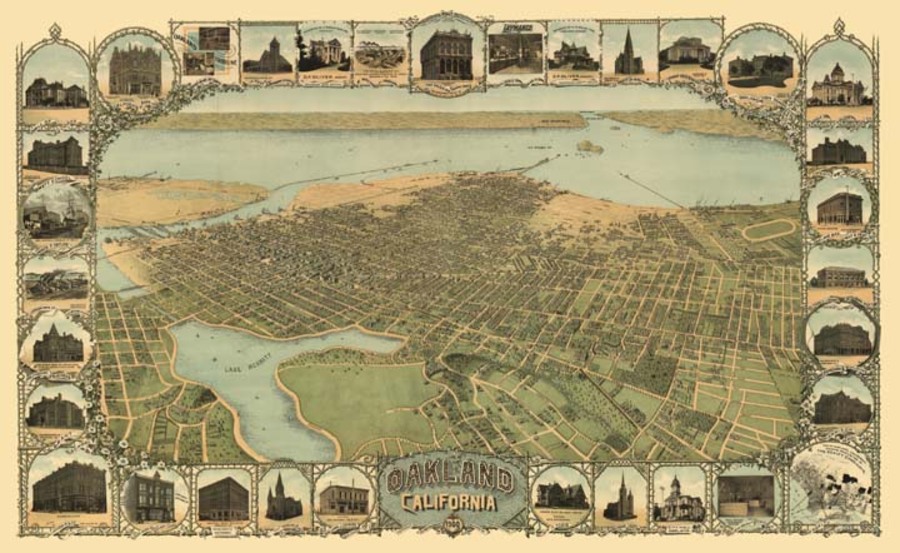 The Spanish Royal Government granted the land to Lus Mara Peralta at the beginning of the nineteenth century.

The ranch’s acreage featured an oak forest, which was named Encinal, the Spanish term for “Oakland.”

When Peralta died in 1842, he left his estate to his four sons.

They would clear land for American settlers, loggers, European whalers, and fur dealers to settle. Following California’s acquisition of the United States during the Mexican-American War, and California’s Gold Rush in 1848, full-scale settlements and developments occurred. On May 4, 1852, the California state legislature formed Oakland.

With the railroads, the town and its surroundings flourished quickly. It became a significant railway stop in the late 1860s and 1870s. This included the construction of the Oakland Long Wharf Terminus as well as the largest train yards and servicing facilities in West Oakland. These remained a key local employer in the Southern Pacific well into the twentieth century.

Because of Oakland’s industrial significance and the requirement for a seaport, a shipping and tidal channel was dug in 1902. This formed the “island” of the nearby town of Alameda. In 1906, the population more than doubled as a result of refugees fleeing the San Francisco earthquake and fire. In 1915, a Chevrolet facility was established on Oakland’s southern outskirts. Oakland’s manufacturing industries included metals, canneries, bakeries, autos, and shipbuilding by 1920.

The general postwar rebound, as well as the discovery of oil reserves in Los Angeles and the widespread adoption of the automobile, fueled economic expansion.

The city expanded dramatically during the 1920s.

Several war-related industries were located in the East Bay Area during WWII.

The war brought a significant number of employees from all over the country to Oakland,. Many of whom were African Americans from the western south, who prospered throughout the war years. Soon after the war, the shipbuilding and automotive industries vanished. Many of those who moved to the city did not leave whilst the city’s wealthy residents moved to the newly built suburbs. At the end of the 1960s, Oakland, which had been quite rich prior to the war, had a population that had become progressively impoverished.

The city was home to an innovative funk music movement in the 1960s, which spawned well-known bands such as Sly & Family Stone and Graham Central Station. In the 1960s, the Oakland Chapter of the Hells Angels Motorcycle Club grew into a strong organization. By the 1980s, it was the Hells Angels’ most feared and infamous chapter. The Oakland Clubhouse remains in East Oakland to this day. In sports, the Oakland Athletics won three World Series in a row. The Golden State Warriors won the NBA title in 1974-1975,. The Oakland Raiders also won the Super Bowl XI in 1977.