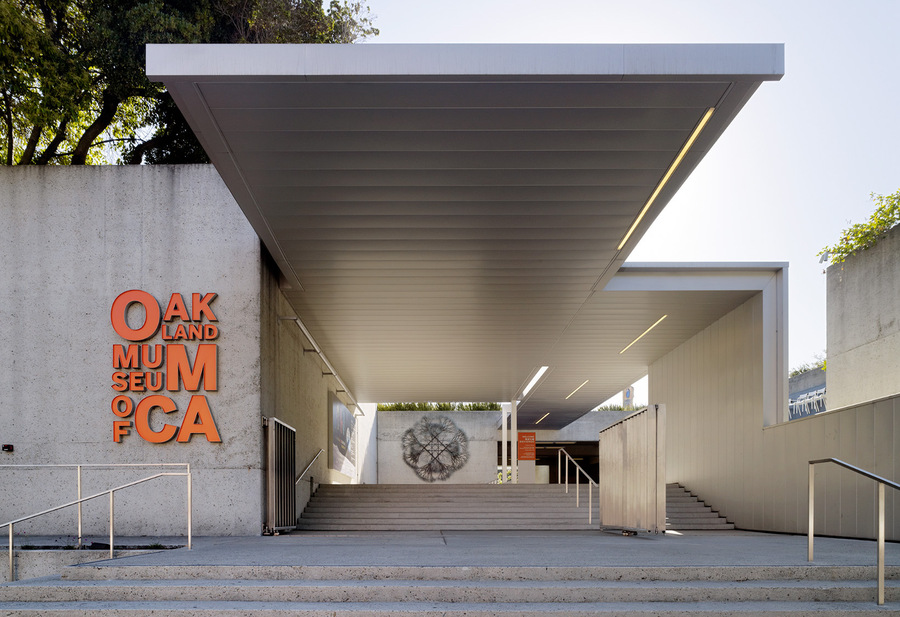 After a 15-month hiatus, the Oakland Museum of California reopened on June 18 with a $15 million makeover. This included changes to its outdoor sculpture garden, a new café by renowned Oakland chef Tanya Holland, and new artwork by local artists.

Lori Fogarty, OMCA Director and CEO, expressed her eagerness and excitement to welcome people back into this cherished community space, originally built in 1969. The renovations have been in the works for a long time. Planning started five years ago and construction started in February 2020 last year.

“If there is a silver lining to this [past] year, it is that we are finally releasing and showing our rebuilt garden,” Fogarty added. “We’re overjoyed that we’re finally open, and we have this very lovely new outdoor space.”

The idea, according to museum employees, was to create a more appealing community area for informal gatherings and activities.

The main garden at the rear of the museum, which has panoramic views of Oakland and Lake Merritt, has been mostly neglected. There was originally a concrete wall facing Lake Merritt. Now three gates on the 12th Street side connect visitors travelling between the lake and the museum.

The company realized they wanted to change something during the 2015 Warriors Championship celebration at the Lake Merritt amphitheater. They noticed how close the museum was to Lake Merritt but how far removed they felt from it.

“A million people lived in the area surrounding the lake. Standing on one of these terraces, looking down, we realized nobody knows we’re here.” It was this experience that sowed the seeds for the dismantling of the concrete wall, the construction of the new entrance, and the addition of two new ADA-accessible ramps to the campus.

The museum’s staff also wanted a better space for community events, such as the successful Friday Nights at OMCA series, which began in 2013. The Friday night programs, held on the museum’s 10th Street side, provided after-hours admission to the galleries as well as local food sellers, live music, and activities. More community programming will now be possible with the renovated gardens.

The museum cafe has also had a substantial upgrade.

At present, the restaurant does not provide a sit-down service.
Town Fare will eventually be open to the public even outside of the OMCA’s work hours. Guests will then be able to enjoy a meal at any time.

At the moment guests who want to tour the gardens must check to receive free, timed access.
In the future, the museum will make outdoor areas accessible to the public even while the museum is closed. There will be no need for tickets.

To visit the Oakland Museum of California, guests are encouraged to purchase tickets in advance. Regardless of vaccination status, masks are essential. The museum is open from 11 a.m. to 5 p.m. on Fridays and Sundays.